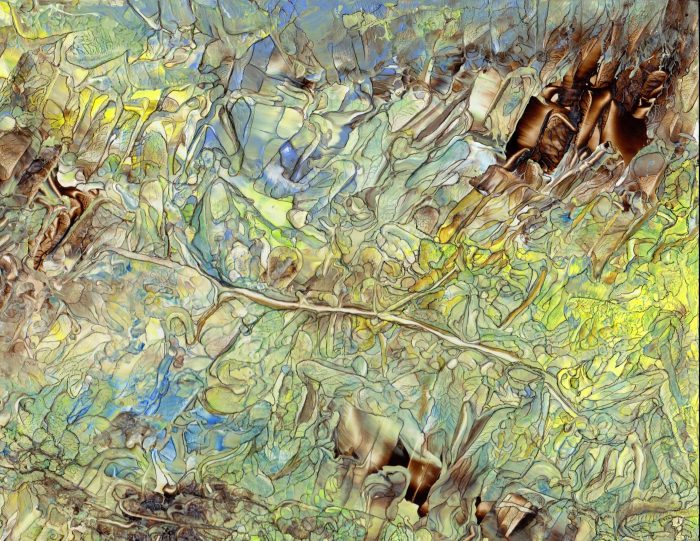 As a little boy Bill Johnson always answered the question “what do you want to be when you grow up” with a very quick “an Artist”! As a senior in high school he was presented with the school’s art award. He went on to major in art in college. Two separate advisors told him he was wasting his money on an art degree. The logic was that you are either an artist or not and the only time a degree in art would be needed would be to teach or as a commercial artist. Not having money, he took the advice and dropped out. He did stay in school as a model for figure drawing classes. In this role he became a peer with the instructors and was able to have his work reviewed and get advice while being paid. Bill spent most of his life working with plants. At age 9 his family lived on a farm and he learned about vegetable gardening. At the time he did not know it was organic gardening, but it did shape his thinking about working with nature. Moving to Washington D.C. He spent 7 years working as a cook. He then worked as a staff horticulturist at Hillwood Estate, Museum & Gardens. After retiring from Hillwood in 2016 he finally grew up and is enjoying life as an artist.