Paul Joseph Stankard is an internationally acclaimed artist and pioneer in the studio glass movement. He is considered a living master in the art of the paperweight, and his work is represented in more than 60 museums around the world. Stankard was born April 7, 1943. In 1961, he enrolled in Salem County Vocational Technical Institute’s Scientific Glassblowing program (now Salem Community College). During his ten year scientific glassblowing career, he became a master of fabricating complex instruments. In 1972, Paul left industry to pursue his dream of being creative in glass full time. Over his forty-year artistic journey, he has received three honorary degrees and many awards within the glass community, most recently the Glass Art Society’s Lifetime Achievement Award. For the past decade, he has divided between flameworking glass and writing, and he is the author of two books and numerous essays and articles.

From “Studio Craft as Career: A guide to Achieving Excellence in Art-Making” 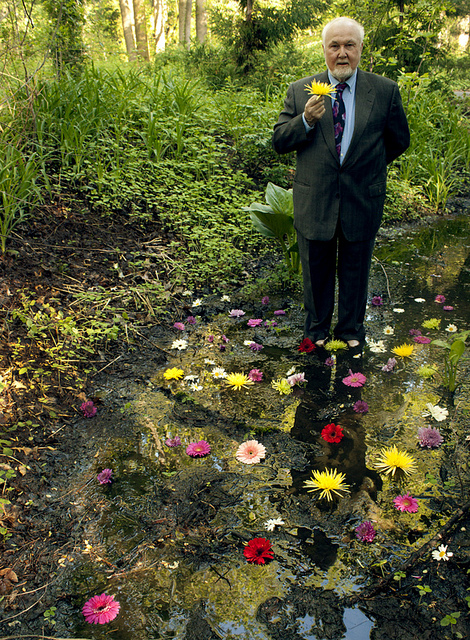 In 1969, I set up a torch in our utility room to learn how to make paperweights. During the first two years, I ended up with mostly failed efforts. I kept these pieces out of the marketplace because of technical problems like cracks from poor annealing, incompatible glass or air bubbles, or an off-center design and/or esthetic problems involving the design or colors.

During those first two years, my attitude about quality was informed by being involved in the process. I wanted to improve my work to compete with the best of the contemporary glass paperweights of that time. Money was important in the early years, but my need to produce work respected by paperweight collectors outweighed any short-term gain I could have realized by selling work that I believed failed to meet my standards. Because the work with technical problems was unstable, I destroyed it, although I kept the work with esthetic issues. Consequently, upward of 50 percent of the work I created in the first two years was relegated to a metal container on the corner of my work bench.

I didn’t destroy these early esthetic “set-asides” because I initially viewed them as studies that I could learn from and build on to create more visually ambitious work. I was also investing time and emotional energy into creating these pieces, regardless of whether they sold, and felt a lot of pride in being able to sign a completed piece. Now, looking back at what I rejected, I realize there was something going on besides not wanting to throw away work that took time, material, and emotional energy even if it wasn’t quite what I wanted it to be.

The importance of studying your own work in the context of what’s been done and what you hope to achieve can’t be overstated. In my case, I spent just as much time studying my own efforts as I did contemporary paperweights and the mid-19th century antique French. I wasn’t able to sell all the work I made, so I became obsessive about what I put on the market. On occasion, I would take the set-asides out of the box and line them up in chronological order to visually experience my craft and artistic evolution. Living with and studying my work over many months slowly clarified my creative vision. 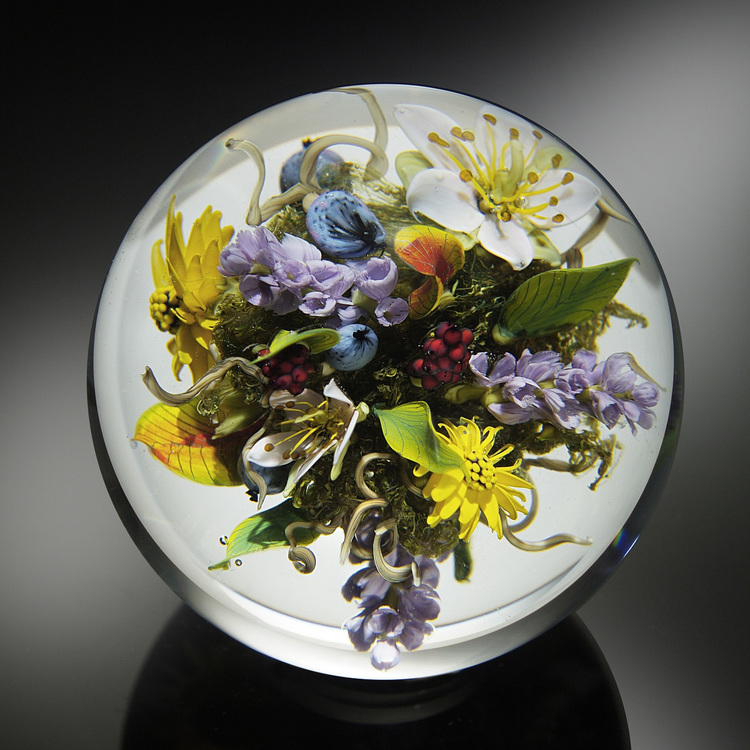 In the 1980s, after accumulating a few hundred set-aside pieces, I had to face the reality of what to do with them: destroy them, store them, use them to create a large scale sculpture, or sell them. At that point, I had established an audience and my work had value, but I thought that selling experimental pieces or work I viewed as “seconds” would have been the kiss of death to the career I was on track to establish. I wanted my work to set a heightened standard of excellence in the paperweight category and believed introducing work into the marketplace that failed to meet those standards would detract from what I hoped was my reputation as an artist. I began to think I would someday cast these pieces into a large-scale, free-standing sculpture.

Fast-forward to 2007, when I realized my idea to cast sculpture from over three decades of rejected pieces was a pipe dream, so at age 64, I decided to “edit” through and destroy the pieces that didn’t match the standards that I had established over my career.

By then, all of the set-aside pieces were wrapped in paper and stored in boxes in the studio’s shallow crawlspace. From the beginning of my paperweight-making days, I had realized that no amount of time sketching new designs on paper could illustrate the flameworked illusions I was searching for. Instead, I would make small paperweights that functioned as sketches, or what I called “studies.” The studies allowed me to view the results of experiments that I was emotionally and financially committed to finalizing. My creative aptitude thrived on refinement and this was the best way for me to discover “breakthroughs” as I called them. The result is that, by the time I have refined the final design, there could be as many as 10 studies leading to it. In the case of my attempt to perfect a mountain laurel design, it took 35 to 40 studies to realize my vision. Consequently, large numbers of the crawlspace pieces represented studies leading to a fully realized design.

To edit through hundreds of pieces that were stored in the crawlspace with the idea of destroying most of them was emotionally strange, and I wondered if this was the right thing to do. But I believe a reputation is built on great work, and I didn’t want my experiments and artistic failures to detract from my career, regardless of the objects’ potential value. To retrieve the stored work, I used an auto-mechanic’s dolly to lie on and push myself around the concrete floor. To destroy the work, I placed upward of 75 pieces on fire bricks and ran the annealing oven temperature up to 1,000 degrees Fahrenheit. Then, with a makeshift shovel, I scooped up the hot pieces and dropped them into a barrel of water. I ended up with paperweights, cubes, botanicals, and experiments covering all phases of my career transformed into an indistinguishable pile of crushed glass. It’s ironic that I perfected a process to effectively destroy objects made in a material known for its permanence.

It was during one of my forays into the crawlspace that I found the metal box holding work from 1969 to 1972. When I unwrapped the first few pieces, I was struck with a melancholy feeling. I carried the container to the quiet upper level in the studio and called my wife Pat. As we placed the glass on the table, it seemed surreal to be holding my earliest efforts—work I hadn’t engaged with in 35 years. The paperweights represented sacrifice, prayers, and perseverance in a very personal way. They documented an intense time in my life that was uncomfortable and riddled with uncertainty and constant anxiety.

Up to this point, I had destroyed a few hundred pieces totaling over a year’s worth of labor, but I couldn’t destroy these 25 pieces, regardless of whatever technical or esthetic deficiencies I once thought they evidenced. Even though I went on to create far more significant work, these pieces contain something priceless: the dream of a young man who aspired to support his family with his creative talents.