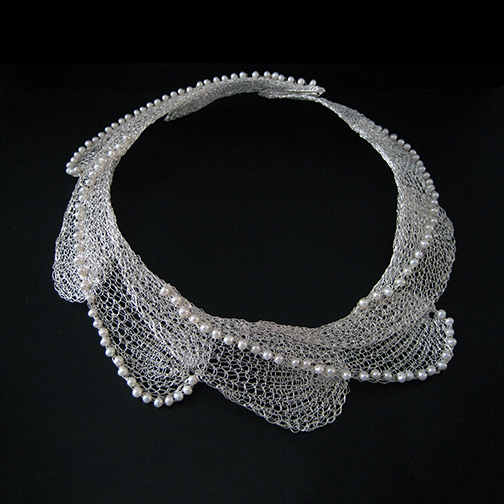 Marla S. Rudnick’s early forays into knitting and metal work fused into an exploration of knitting metals into wearable art and sculpture.

She enjoys observing and thinking about how objects occupy space both internally and externally.  Her observations manifest themselves in her knitted metal work by the nature of the piece.

When viewed, her jewelry and sculptural work reveals the exterior plane, interior plane and the shadows created. 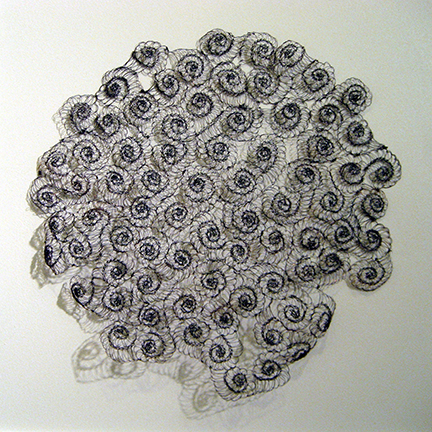 Philadelphia College of Art and The Craft Alliance in Saint Louis, MO.

Marla was a Resident Artist at VisArts in Rockville, MD from April 2010-2013.  Presently she is a member of the Potomac Fiber Arts Gallery in Alexandria, VA.

Marla received an Honorable Mention in Fiber (2007) and Metal (2015), a Guild Award (2009), and an Innovative Use of Fiber award (2011) from the Creative Craft Council of Washington, DC for her jewelry and sculpture.   She also received a juror’s special recognition from the Washington Guild of Goldsmiths for her piece “Drape” in MetalWork 2014.