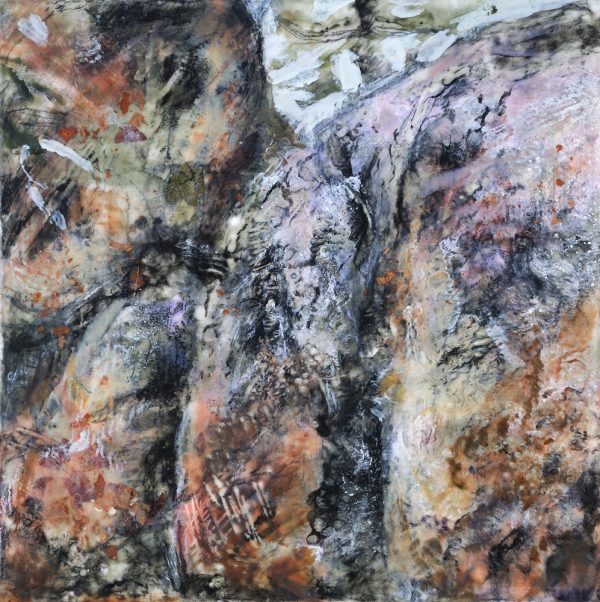 Marilyn Banner holds a BFA in painting from Washington University in St Louis and a MSEd from Massachusetts College of Art in Boston. Additional studies include 1968-9 Graduate Painting Department at Queens College of CUNY, plus art and art education classes at University of MD, Corcoran, University of Buffalo, and R&F Encaustics. Her works have been widely exhibited in more than thirty solo and over one hundred group shows, and are in numerous public and private collections.

Ms. Banner is the recipient of ten residency fellowships at the Virginia Center for the Creative Arts in Sweetbriar VA, and in 2012 was awarded a Mid Atlantic Arts Foundation VCCA Creative Fellows Grant. She was chosen as one of ten participants in Art Cart 2013, honoring lifelong artists of note in the DC area. Her work has been reproduced and included in Encaustic Art in the 21st Century, by Ashley Rooney, as well as many other books and publications.

Marilyn Banner lives in Takoma Park, Maryland with her musician husband Carl Banner. For 10 years she led No Limits for Women in the Arts support groups locally and traveled the east coast as a No Limits regional leader. With her husband she co-founded (1998) and helps produce Washington Musica Viva, a continuing monthly music and arts performance series. She is a member of Ceres Gallery, New York City.