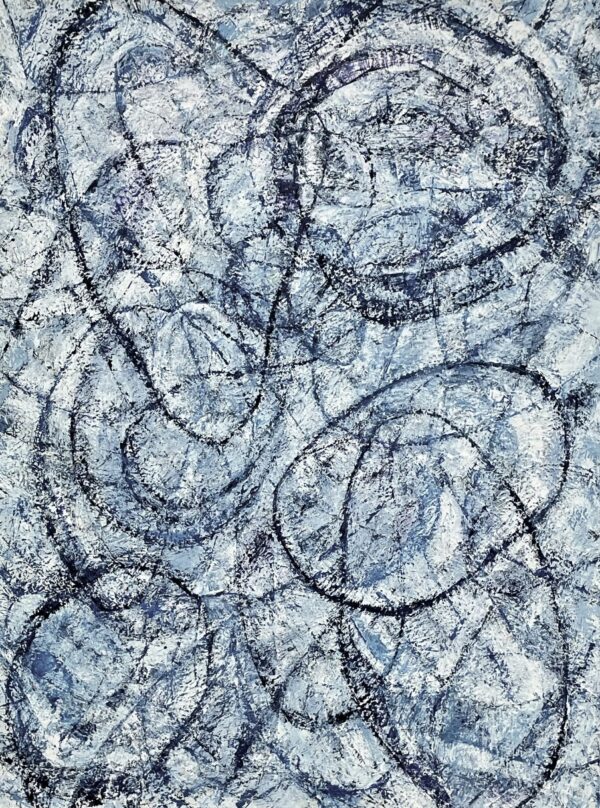 Although Jay’s propensity for drawing and painting was evident at an early age, it remained largely dormant until later in life. Jay Jacobs grew up in Newark and later, Maplewood, New Jersey in the 1950s and 1960s.His parents recognized his promising art ability and enrolled him in art classes at the Newark Arts School. His first painting made in 1963 still hangs in his mother’s residence.

As a teenager, athletics and academics took precedence over art. In fact, Jay’s interest in creating art was limited for the next four decades. During that time, he obtained a BS in Electrical Engineering in 1972 followed by a Medical Degree in 1978. Jay became board-certified in Internal Medicine and Cardiology. In 1983, he and his wife, Debbie, moved to Mesa, Arizona to begin a 35-year Cardiology career. During that time, they raised two daughters. His art talent surfaced occasionally in school and family projects.

Prior to retirement, Jay’s fascination with drawing and painting was reignited, and he began taking classes and workshops in various mediums and styles. Once he was fully retired, he immersed himself in art. He read extensively, studied and experimented with various art forms and styles. He attended art classes and even enrolled in online art history courses.

Having grown up in the New York metropolitan area, Jacobs was intrigued and influenced by the art and lifestyle of the abstract expressionist of the New York School. He particularly related to the free-flowing drip paintings of Jackson Pollock. The work of these expressionists inspired Jacobs and contributed profoundly on the development of his artistic voice.

With the assistance of his mentor, Marianne Mitchell an established artist and instructor, Jacobs transformed from representation abstraction to his current free-flowing style. Jacobs’ cardiology experience which encompassed the pressure of making continual life-and-death decisions reduced the fear of failure anxiety faced by many artists. Jacobs’ philosophy is “mistakes” may not be mistakes but his sub-conscious at work. Sometimes, mistakes become the central focus of a piece. However, Jay remains undeterred and unafraid to attempt a variety of palettes and techniques. While creating, Jacobs discovered a technique using rubber bands that mimics the effect that Pollock obtained by dripping his paints.

As a self-proclaimed introvert, Jay allows his art to express his “inner self”. He states, “Paintings are visual lyrical expression of thoughts expressions that I find difficult to express with word”. Marianne Mitchell believe he has an intuitiveness that reflects his sub-conscious and enhances his style. Jacobs approaches each painting without the knowledge of the final composition. He selects colors and applies random marks while employing subconscious thoughts, emotions and previous experiences.

With the use of lines, shapes, colors, layering and textures, he creates a visual lyrical composition. Jay wants the viewer’s eyes to flow freely around the canvas. The results enable one to discover something new with each viewing. The painting is complete when it demonstrates a visual lyrical interpretation of his “inner vibes”.

Currently represented by Arredon Art Gallery in San Diego. Jay had a successful one-man show in March 2022. His artwork is now displayed in over 20 private collections.

Are you that collector? Jacobs realizes that abstract expressionism is not for everyone. His art is searching for the special collector who appreciates the beauty and complexity represented in his visual free-flowing lyrical compositions.